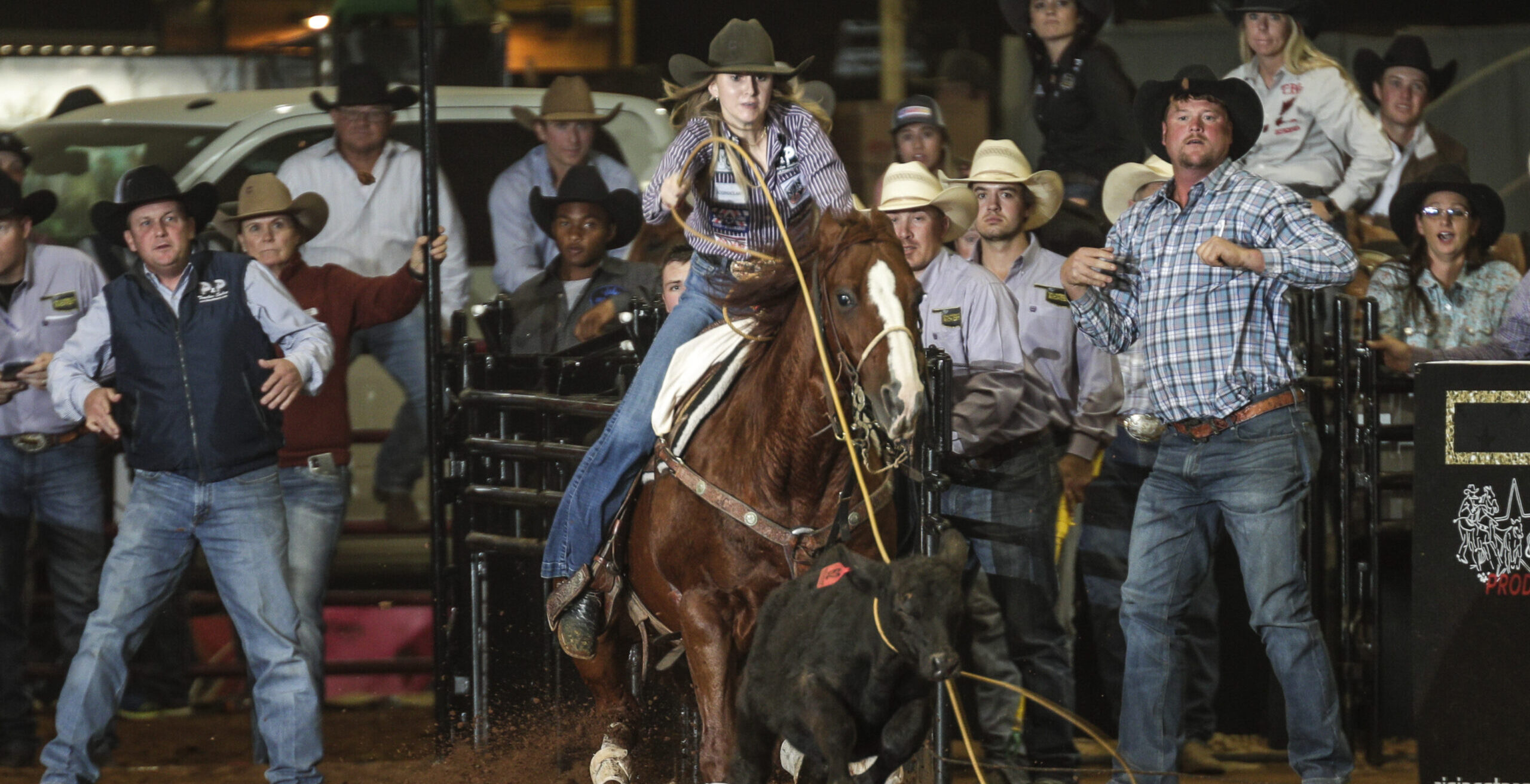 The Lazy E Arena saved the day for rodeo during last year’s countless COVID cancellations. The cowboy hub in centrally located Guthrie, Oklahoma, hosted such popular permanent fixtures as the Cinch Timed Event Championship and National Little Britches Rodeo Association Finals, and also made events like the National High School Finals Rodeo and Bob Feist Invitational Team Roping Classic possible in 2020. This summer, the Fabulous Lazy E is adding the July 27-31 World Championship Junior Rodeo presented by Montana Silversmiths to its all-star lineup, and with $115,000 in added money, an estimated total payout in excess of $450,000 and the goal of being the richest youth rodeo in all the land, the inaugural WCJR is sure to set a high bar for the rodeo record books.

Buzz about the World Championship Junior Rodeo abounds amongst the 19-and-under cowboy and cowgirl crowd. Josie Conner, Briar Teague and Riley Webb are just three contestants who look forward to returning to the Lazy E to compete for rodeo riches this summer.

“I love the Lazy E, and with great money at an amazing facility, I’m super excited about it,” said 17-year-old high school junior Conner from Iowa, Louisiana. “The people at the Lazy E are always super friendly and welcoming to us, and there are awesome little towns like Guthrie and Edmond nearby. The Lazy E is famous for hosting great events, so when they say they’re hoping to have the richest youth rodeo there is, I’ll be there.”

So many of Conner’s career highlights have come from the Lazy E, including the win at last fall’s Oklahoma’s Richest Open Breakaway Roping, which she followed up with the breakaway roping W a week later at the San Angelo (Texas) Roping Fiesta. Josie also was the reserve National High School Finals Rodeo breakaway roping champ, and second only to fellow Cajun cowgirl Josey Murphy.

“For the Lazy E to add $10,000 to every event is a big deal,” Josie said. “My dad (Jade, who’s renowned for helping all breakaway ropers behind the chutes and in the box) always tells me that I came up as a breakaway roper at a perfect time. There are so many more opportunities out there right now, and this one (the WCJR) is a no brainer.”

Teague of Rattan, Oklahoma, took the Jr Ironman title at the Lazy E in March after competing in three rounds each of heading, heeling, tie-down roping and steer wrestling. As the World Championship Junior Rodeo is the only qualifier for the 2022 Jr Ironman—which will again be held in conjunction with the Cinch Timed Event Championship at the Lazy E next March—Teague plans to enter all four of those events at the WCJR.

Every contestant can enter each WCJR event one time, and team ropers can enter once as a header and another time as a heeler. There will be a side pot for contestants who enter all four of those Jr Ironman featured events, and the top five money winners in three or more events at the WCJR will qualify to compete at the 2022 Jr Ironman.

“Every big youth rodeo and roping has been held at the Lazy E lately, and we all love that place,” said Teague, who’s 19 now, which meets the 19-and-under age requirement, which is as of opening day of the WCJR on July 27; also, anyone who’s eligible for the 2021 WCJR is eligible for the 2022 Jr Ironman. “The Jr Ironman was amazing. The chance to showcase my talent in so many events, and to try and be efficient at all of them was so cool. I’d go back to the Jr Ironman forever, if I could. The WCJR being a qualifier for it is reason enough to enter. The added money at the WCJR puts this event over the top.”

Teague will turn 20 in September, and is a sophomore at Western Oklahoma Junior College in Altus. So he’s been rodeoing for Coach Jess Tierney, who’s a past Timed Event Champion.

“If the Lazy E has the goal of being the richest junior rodeo out there, I believe they’ll accomplish it,” Teague said. “They think big at the Lazy E, and the World Championship Junior Rodeo will prove it again.”

The WCJR format will include two long rounds, with the top three contestants from each round and the top eight in the two-head average advancing to the Semi Finals. The top two in each event from the buyback round also will advance to the Semifinals, for a total of 16 contestants per event in the Semis. The Semi Finals will start with a clean slate, with the top eight moving on to the Finals. The WCJR World Champions will be determined sudden-death style by the fastest times and highest scores in the Finals.

Webb won the 2020 NHSRA tie-down roping title at the Lazy E last July. He also headlined the World Champions Rodeo Alliance’s Stampede at the E last August, then followed that up by winning this year’s Rodeo Corpus Christi in May. Webb is now one win away from taking the WCRA’s Triple Crown of Rodeo, which is a $1 million bonus that goes to any athlete who wins three straight WCRA majors. The 2021 NHSFR in Lincoln, Nebraska, and the WCRA’s Days of ’47 Cowboy Games & Rodeo in Salt Lake City both will be held the week before the WCJR.

“I love the atmosphere and the hospitality at the Lazy E,” said Webb, who’s a 17-year-old high school junior from Denton, Texas. “I love that place, and I’ll be there at the WCJR because of the $10,000 in added money in each event. That’s unusual. It’s great to be roping for all this money at this age. It’s an exciting time in our sport, and the World Championship Junior Rodeo is just another example of that.”